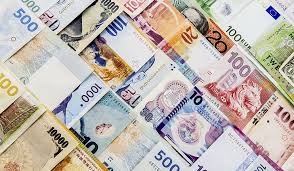 Could digital distribution be a possible cure to the Nigerian music industry’s revenue woes?

The music empire in Nigeria for a long time suffered two major dents to its revenue channels; the invasion by music pirates (the Alaba syndrome) and the internet. In the late 90s and early 2000s, music executives and artists consolidated their powers to wage war against the pandemic of piracy, in a controlled fight where the victim(s) and villain(s) were visible and known forces. Then came on the scene, the swift, virtual giant—the Internet—on whose platform, illegal downloads and file-sharing has been hosted, much to the dismay of music industry investors. Right before its very eyes, the music industry saw millions of naira in its revenue, diverted into the pockets of IP (Intellectual Property) thieves, a situation worsened by the fact that the market for compact discs was gradually evaporating into thin air. The internet became the abattoir where revenue accruable to music labels, publishers and artists was being slaughtered.

With the rise of digital music hosting platforms and more sophistication in internet consumption however, the internet birthed a much needed respite to music industry stakeholders. Music streaming is fast becoming the trend music players (labels, publishers, investors and artistes) are looking into, to recoup investments put into the creation of music. Platforms such as Spotify, Apple Music, Deezer and Rhapsody, came in at the right time to save the music industry players from drowning under debt and un-recouped expenses. Just as industry stakeholders were giving up hope of ever getting this generation of internet users to pay for the music they consume, in the face of many free and illegal download platforms, music streaming seems poised to save the day. According to a Goldman Sachs report published in the Financial Times of January 16, 2017, growth in Spotify and Apple Music has helped the music streaming platforms to grow to a combined 100 million subscribers and counting worldwide, with each subscriber paying as much as $10 to stream music (both new and back-catalogues) for a month. The music industry is now experiencing a surge in revenues: Drake, a Canadian rapper, was streamed 4.7billion times on Spotify alone last year. Every hour, his songs are streamed more than 500,000 times on the service. He, among other artistes, helped Universal Music earn $1.1bn in streaming revenues in the first nine months of last year— enough to offset the fall in sales of digital downloads and CDs.

What does this mean for the Nigerian music industry? It is now looking like the internet may resurrect the business it almost killed. But now more than ever is there a critical need for policies and legislation to be put in place to clamp down on the activities of IP thieves and other pirates. This, if approached with the right sense of urgency and execution, will open the doors for other investors to cast in their resources to push for music streaming platforms where music lovers will not only have access to new albums by their favorite artistes, they will also have access to back-catalogues of these artistes, thereby reigniting and immortalizing old hits no longer available on the airwaves. By this, investors, labels, publishers and artistes, can have a continuous stream of revenue on their music products, long after its lifecycle on the airwaves. Spotify, Apple Music and other streaming platforms are available worldwide which means African artistes can now release their albums on these platforms and not have their revenues halved by these IP thieves. Locally, platforms such as MusicPlus, Cloud9 and others are helping music artistes get a chunk of this streaming pie. Most music consumers, who up till now could only assess music from their favorite artistes by patronizing music pirates in parts of Lagos, now can stream music endlessly by paying a nominal subscription fee between N50 and N150. The size of the market and the volume of transactions that can be recorded on a daily basis is not lost on global music giants such as Sony Music, who opened its Nigerian doors in early 2016. The company’s West Africa General Manager, Michael Ugwu, in a recent Reuters piece stated that “Nigeria’s population of 180 million—which the UN predicts will rise to 400 million in 2050, to make it the world’s third most populous nation after China and India—and a large proportion of young people made the country attractive.”