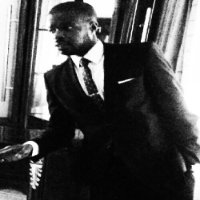 The growth and successes of the Nigerian movie industry, popularly referred to as Nollywood, has been widely documented. It is now generally accepted that this sub-sector within the entertainment industry is the driving force behind the huge spike in the gross domestic product (GDP) of entertainment sector and the positive knock-on effect on the country’s GDP figures as a whole.

This sector, which includes both the straight-to-dvd market and cinematic releases, was valued at over $2b (Two Billion United States Dollars) as at 2015. What is particularly interesting is that the bulk of this sector’s value has been built on the mass, low budget production model of the dvd market. With the advent of new players in the distribution space, particularly VOD aggregators/distributors, and the increasing use of mobile devices to deliver content, there will continue to be downward pressure on the dvd market in Nigeria. This can but only have a negative knock-on effect on distribution and sales of content on such formats.

Higher quality productions with larger budgets, primarily intended for cinematic release, offer far better value propositions and, more importantly, the opportunity for Nigerian movies to cross geographical and cultural thresholds. By so doing, Nigerian visual content can reach the point whereby it can truly begin enjoying patronage from foreign audiences, much in the same way as the Hong Kong, Thai, and Korean movie industries. As such, it is important that stakeholders prepare themselves and begin to find feasible models of commercially exploiting high budget films in order for financiers/producers of such films to secure acceptable returns on their investments.

The Nigerian box office market (i.e. movies shown at cinemas) generated over $11m (Eleven Million United States Dollars) last year with around 30% (Thirty per cent) of that attributable to local productions. Despite the relatively small contribution of this sub-market to the overall revenues of the film sector Nollywood’s cinematic sub-segment should not be underestimated given the proliferation of film theatres across the country and the growth of cinema-culture amongst the middle classes. Furthermore, the revenue streams from theatrical releases of movies are much more transparent and measurable, therefore providing the type of data and information that can and will attract more investment into the industry.

Syndicated financing is where two or more parties agree to work together to jointly finance a project (a movie) where the amount of finance required is significant and therefore extremely risky for one party to undertake alone. Traditional Nollywood movies (ie with low budgets, short production schedules, and even shorter shelf lives) have been and continue to relatively cheap to produce and market thereby minimising the risk to the producers of same. Such movies rarely require any additional funding outside that provided by the producer and given the relatively low amount of funding required to get such movies to market, producers’ of this genre usually have little risk attached to their capital.

Cinematic Nollywood productions on the hand, due to their use of a well known cast, luxurious locations, full complement of under the line professionals (e.g. camera men, runners, line producers, sound professionals etc), and state of the art equipment, generally require much larger budgets that can range anywhere from N40m (Forty Million Naira) to over N1b (One Billion Naira). It therefore beholds on any smart investor or financier of such movies to spread the burden of such finance requirements by syndicating same.

As an example, in 2016, the movie “The Wedding Party” has generated revenues of over N400m (Four Hundred Million Naira) since its first theatrical release with hundreds of thousands of Nigerians all over the country visiting cinemas to watch same. The movie, reported as one of the most expensive domestically produced movies in the history of the industry (having an estimated production budget of N60m (Sixty Million Naira)), has clearly generated a handsome profit for its producers. However, given the size of its production budget, the movie needed to be financed by four different  parties; namely, EbonyLife TV, FilmOne Distribution, InkBlot Productions, and Koga Studios.

This form of syndicated financing is very likely to become the model du jour going forward especially given how well it worked for the Wedding Party project. Moreover, now that there is empirical evidence of what can be commercially achieved by homegrown cinematic movies there will very likely be a strong trend towards bigger budget movies, and with bigger production budgets comes additional risk. It will therefore increasingly be the case that such syndicated/multi-lateral means of movie financing will be employed to spread the financial burden and the attendant additional risks.

However, despite the precedent set by the Wedding Party in terms of its financing structure, several challenges still remain with the funding of such high budget movies. Chief of these challenges is the risk associated with funding high budget movies in Nigeria, specifically in relation to ensuring said movies are completed on time, on budget, and to the appropriate technical standards. It is in this context that we shall now seek to highlight how such risks can be mitigated thereby making high budget movie financing more attractive to investors. The traditional method of mitigating said risks in matured movie markets is through the use of completion bonds.

A completion bond is a form of insurance/guarantee offered by a completion guarantor company – usually a bank or an insurance company – to cover the costs of ensuring a movie is completed after production commences. In return, the film producer is obligated to pay a premium percentage fee based on the movie’s budget. Completion bonds are often used in independently financed films to guarantee that the producer will complete and deliver the film (usually based on an agreed script, cast and budget) to the distributor(s).

The producer will normally agree to deliver the film to the distributor in respect of certain territories in consideration for, amongst other things, payment of a “minimum distribution guarantee” payable at the point in time when the producer delivers the completed film.

The producer obviously requires such funds upfront to finance the film thus the producer takes the signed distribution contract to a bank or other financial institution and will effectively use it as collateral against a production loan/finance. The MDG can then be received by said bank, who provides an advance against the MDG (at a discount) to the producer to initiate production.

It is at this stage that the bank or provider of the advance against the MDG will require a completion bond to be executed to provide them with the required level of security against the risk of non-delivery by the producer.

The parties to a completion bond agreement are typically the producer, the financier(s), the completion guarantor company and the distributor(s).

Completion bonds for movie productions are akin to similar products (payment/performance bonds) employed in the construction industry. However, as can be seen from the above description of how completion bonds work in the movie industry, a key difference is that the collateral to secure such bonds/guarantees is the anticipated future revenues that a producer is expecting a film to generate, particularly where there is a guaranteed minimum amount of such revenue agreed between the producer and distributor(s). This is as opposed to standard (construction, project) payment/performance bonds where it is usually the existing assets of the project (or project promoters) that are secured as collateral for the guarantee.

In our current clime, it is the author’s view that there are significant commercial opportunities for the film industry to begin to partner and work closely with banks, insurance companies and other financial institutions to underwrite and guarantee high budget film productions. By providing completion bonds and other similar products/services for mid to high budget independent films, the producers of same will find it easier to secure production investment from financiers.

When investors are able to mitigate their risks (by finding ways of guaranteeing that producers complete their movies) they will be much more likely to part with their cash, and this is crucial in an environment where trust is a scarce  commodity. Such guarantees can also prove to be a lucrative source of income for financial institutions seeking ways of tapping into the entertainment sector (without having to directly invest), especially given that on average of 50+ movies for theatrical release are produced each year; and this number is going up annually.

For such a structure to work, a major component is for producers to secure distribution agreements for movies before they are produced/completed. This is crucial in order for movie projects to reduce the perception of risk associated with them. Additionally, guarantors that provide such products generally assess the risk of issuing such guarantees for film projects by considering factors including the key people involved in the project; namely, the director, 1st assistant director, line producer, producer, cinematographer, and the cast.

Having well known, experienced people who have a verifiable track record to fill these roles goes a long way to giving any potential guarantor the requisite piece of mind to go ahead with such an arrangement. These roles are particularly key given that it is these members of a production team that will ultimately determine the budget of the movie and more importantly that production stays within the budget.

The bond fee itself is negotiable—typically ranging between 3 and 5% (three and five per cent)  of the production budget depending on the risks as assessed by the completion guarantor. For these reasons, completion bonds are typically only used for mid- to high-budget independent film projects. Thus, for example, an intended movie production (in the form of a script that a producer has committed to producing) that has a well known director at the helm, an experienced assistant director and other below-the-line contributors, and a famous/popular lead cast makes for an attractive project which is deemed “bondable”. An intended movie with the said ingredients (and preferably with a MDG) will be assessed as being significantly less risky than a movie without same and thus would be attractive to guarantee subject to regular reporting obligations being fulfilled.

A completion guarantor will require a regular (usually daily) flow of production paperwork—for example, production reports, cashflow and cost reports etc. Under the bond agreement, the completion guarantor will usually have the contractual right to “take over the film” (which will include wide “hire and fire” rights over any personnel including the director) where any of the agreement obligations have not been met. This is to be expected given that they are financially liable if the film goes over budget. In extreme circumstances, films are sometimes finished by the completion guarantor company—an event that is traumatic for the crew and cast, and can be disastrous for a film’s creative and commercial ambitions. However completion guarantors also know that it is usually in their interests to work with an established production team to assist them to bring a production back onto schedule and within the agreed budget.

The foregoing is a merely an overview of the concept of completion bonds and traditionally how they are employed in the movie industry. For the stated partnerships to truly work Film producers and financial institutions will have to negotiate mutually agreeable terms in any such bond agreements wherein producers do not feel the fees for such facilities are beyond their budgets and guarantors do not feel unnecessarily exposed to any attendant risks.