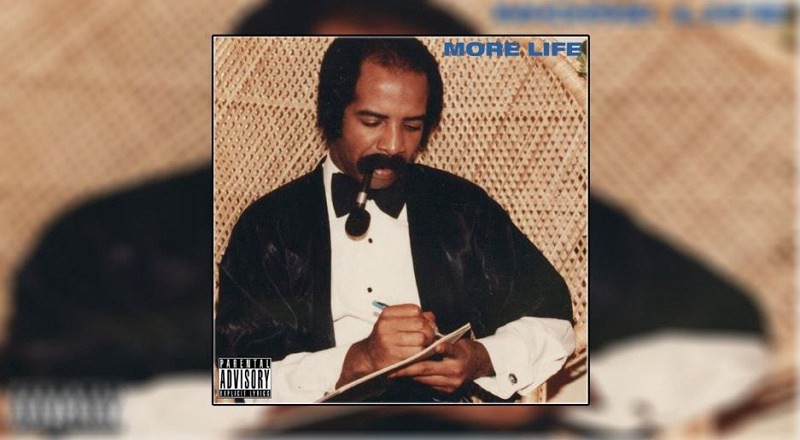 Last week, we reported the news of how Drake broke Spotify records with “More Life” with 76 Million streams in a day, now, we examind ethe figures after a week.

Drake’s latest project More Life was streamed 300 million times worldwide in its first week on Apple Music, Republic Records tells The Verge, surpassing the 250 million streams the label said Views, an Apple Music exclusive, did in its first week last year. The biggest first week for any album on a single service is Ed Sheeran’s Divide, which was streamed 375 million times on Spotify. The label also says early calculations for More Life have it at around 600 million streams worldwide, which would be a record for an album.

In the US, More Life was streamed 384.8 million times on all services in its first week, setting a new record — previously held by Views — and earning the No. 1 spot on the Billboard 200 chart with 505,000 units.

So how did Apple manage to break a record with an album that’s also available on Spotify, with only 20 million users compared to Spotify’s 100 million? The answer, according to the Apple Music team, is the power of Beats 1 and OVO Sound Radio.

For Drake, Beats 1 has essentially replaced SoundCloud, the platform he once dominated and released singles through — a move that Apple Music’s head of content Larry Jackson and Apple VP of apps and content Robert Kondrk said was a risk for Drake at the time. “We weren’t a proven hit, we weren’t a proven entity at all, whatsoever,” says Jackson. SoundCloud just got a shoutout from Chance the Rapper at the Grammys, but the service has been having a rough time since Drake left, with Recode reporting it recently had to raise a $70 million debt round just to stay afloat.

“DRAKE AND OLIVER AND FUTURE [THE PRINCE] WERE THE FIRST TO DO THIS WITH US.”

Drake has been tied at the hip with Apple Music since it launched in 2015, releasing a series of exclusive songs and albums through the service and on OVO Sound Radio, with his co-manager Oliver El-Khatib serving as the usual host. And More Life debuted on the most recent episode. “What we saw on Drake’s radio show were TV numbers,” says Jimmy Iovine. The episode set the record for the most listened to Beats 1 show to date.

“It’s the biggest radio station in the world. There’s no way you’re going to find another station that has as many concurrent listeners and audience-wise as Beats 1, period,” Jackson said. (Apple declined to offer specific listener numbers for Beats 1.) “If you rewind back to July of 2015, and those records that rolled out like ‘Back to Back,’ — ‘Hotline Bling’ debuted on OVO Sound Radio first, ‘Charged Up’ debuted there first — all these records debuted in a space that was really still new and nascent, and [Drake] made it his own. You can glance over it, but we created this idea that was really great for him, and he took advantage of it,” Jackson said. “Drake and Oliver and [Drake’s other co-manager] Future [The Prince] were the first to do this with us.”

Zane Lowe, the head of Beats 1, noted that Drake doesn’t rush his work, and that has helped him mellow out. “I mean what he’s taught me just in terms of the parameters of broadcasting is remarkable. I remember when we were first waiting for those shows to come in [OVO Sound Radio] and they’d come in 20 minutes late, and I’d be freaking out because we’d run over our start time. Now the show comes in an hour late and we’re all just like cool.”

Lowe continued, “He knows what he’s doing, and he knows his audience. And he knows it’s going to work when it’s ready. The best thing that anyone — including myself — can do is get out of the way.”

“As Jimmy would put it, we really do give them the keys and let them drive, and Drake has done that,” adds Kondrk. Now an audience which once went to SoundCloud to hear the latest Drake music heads to Beats 1 first. Kondrk describes the relationship between Apple Music and Beats 1 like an amusement park — once you’re inside the Apple Music app to listen to Beats 1, it’s only natural you’ll stay in it to stream the songs afterward. “The music is debuting through OVO Sound Radio first, no one really ever leaves the amusement park, and that’s why the numbers make sense,” Kondrk says. “It’s a new paradigm that we’ve really created here for someone like him to come in and be a genius and take full advantage of everything we have to offer.” 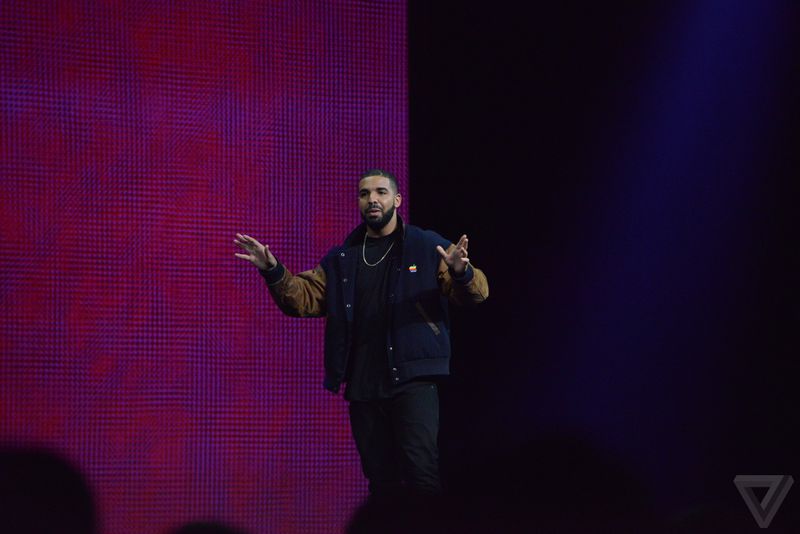 Zane Lowe said that Drake has been able to create cultural moments when he live-streams an album on his show, something that other artists like Future have taken advantage of. “When I hear a record go out like [More Life], I’m transported into the same place that I hope millions of other people are, which is I’m listening to it at the same time and I’m following the reaction on social media, and I’m getting texts from my friends in different parts of the world,” says Lowe.

“If you’re going to have an era or moment where you can look back and say that the experience got better, or the music sounded better, or we shifted gears into new technology and made it work, it has to be spearheaded by the artist, always,” Lowe says. “If you look back at any great era, it’s always one or two artists that got it, and embraced it and took it and made it their own, and that’s how they owned that era. Drake has done that, and his camp have done that, and that’s why it’s such an exciting time.”

It’s undeniable that Apple Music has been able to capitalize on its ability to debut albums live across the globe, but an additional — and arguably bigger — part of Apple Music’s success with Drake and other artists has been the run of exclusives it has kept up over the past 18 months. Somewhat surprisingly, More Life wasn’t an Apple Music exclusive.

“NO ONE REALLY EVER LEAVES THE AMUSEMENT PARK.”

“We didn’t have Drake’s album exclusive, but it was fantastic what worked out,” says Iovine. “We’re just about ideas. Whoever has a great idea we like to follow it and execute it. [Drake] had the idea, we kind of just built and supported around him.”

Iovine also said that Apple Music can’t become just a “utility,” noting that the company had to stay nimble, and working with artists like Drake is a key to avoiding that distinction. “We’re always searching for ideas and new ways to do things. I use this word quite often but it’s so true. These [streaming] services cannot be utilities, it’s not enough. They have to be — they almost have to make music a verb — it has to just move. And that’s what we’re trying to do.”

Iovine continued, “Two years ago, people would’ve thought we were crazy with what we were doing with Drake. And we are starting things with other people that in two years will look as interesting as this.”