Australians could be blocked from accessing thousands of legitimate websites under the government’s anti-piracy, website-blocking regime, consumer and industry groups have warned.

In a submission to the parliamentary inquiry into the Copyright Amendment (Online Infringement) Bill 2015, the Communications Alliance, which represents telecommunications providers in Australia, said the cheapest methods of blocking piracy websites under the scheme were likely to incur more collateral damage in inadvertently scooping up legitimate websites.

It cited the Australian Securities and Investments Commission’s bungled blocking of fraudulent websites via their internet protocol (IP) addresses in 2013, which meant thousands of legitimate websites were taken out in the process.

The alliance noted the most accurate of three website-blocking methods was also the most expensive but argued internet service providers (ISPs) should be able to choose which method they employed in order to keep their costs down. | more 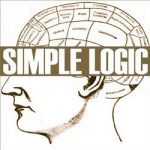