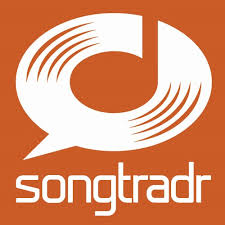 Once upon a time, getting radio play was the only real way to gain exposure.  Now, technology has blown that memory to bits, with a strange twist for in-store retail play.  Thanks to on-the-spot recognition by apps like Shazam and Songtradr, people can quickly ID a catchy song.  And potentially become a longer-term fan.

Enter Songtradr, a company steadily shaking up a once-closed synchronization business.  Just this week, the company inked a deal with Mood Media, which offers in-store music to roughly 500,000 stores worldwide.  Now, Songtradr users can submit music to play in that massive network, and realize the upside from potential fans and performance royalties.

The deals augment Songtradr’s focus on the synchronization (or ‘synch’) marketplace.

Basically, synch refers to anything that pairs music with action, including film, TV, commercials, or even wedding videos.  That market has largely been controlled by a closed cabal of ‘synch agents’ and music supervisors, with only connected or lucky artists getting chosen for juicy productions.

Songtradr is now aiming to dismantle that clique, and replace it with a more democratic, lower-cost marketplace.  Now, mega-brands are coming to this table, thanks to a massive increase in smaller, ‘bite-size’ advertising vignettes designed for web consumption.

Accordingly, the company is also building out its infrastructure to enhance connections between licensees (like musicians and DJs) and licensors (like advertisers).  Along with its Mood Media deal, the company is also launching a secure file-sharing platform, one that allows direct file-swapping and exchanges between both sides.  According to CEO Paul Wiltshire, that allows artists to skip Dropbox and simplify their licensing lives.  “We’re setting the stage to be a one-stop platform for managing and controlling your music,” Wiltshire said.

Since its inception, Songtradr has rallied $6 million in funding.  The service now boasts more than 100,000 users and services 150+ countries.