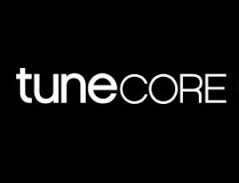 Sony Music Entertainment is in final talks to acquire French independent music distribution and label services provider Believe Digital, and its d.i.y distribution subsidiary TuneCore, according to a new report. Last month, Hypebot broke the story that Believe was actively for sale, with all three major label groups among the most interested buyers.

The world’s second largest music group, Sony Music Entertainment, is poised to become a dominant force in indie music, as well. Sony will purchase a majority stake in Believe Digital and TuneCore for an estimated $355 million to $444 million, according to the Nikeii Asian Review.

Founded by current president Denis Ladegaillerie in 2004, Believe began an aggressive expansion in 2015, financed by $60 million from private equity firms TCV, XAnge, GP Bullhound and Ventech. TCV also led a $250 million funding round for Spotify in September 2014, and is a major investor in Vice Media.

Combining Believe and TuneCore with Sony’s recently merged indie distribution arms, The Orchard and RED, and Sony becomes a global independent music powerhouse. The transaction is expected to close as early as this year.

With steaming breaking down most geographic barriers, most independent labels want to sign with one distributor globally, a digital music executive tod Hypebot when we broke the news that Believe was for sale.  By putting Believe and Tunecore alongside The Orchard and RED, Sony can deliver that.