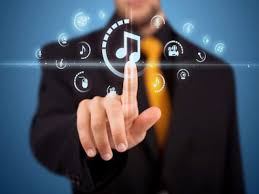 While music streaming has become more and more commoditized, artists still have a wide array of places to distribute their songs like Spotify, YouTube and Apple Music — but getting paid properly can start to complicate things.

That problem gets even more difficult when there are multiple people collaborating on the same song and it’s not clear who is getting how much of a cut from the revenue share from those services. That, on top of that the general unpredictability of an artist’s revenue, has left a hole that Stem co-founder Milana Rabkin thinks her and her co-founders startup Stem can fill. To do that, the company has raised $8 million in financing led by Evolution Media and Aspect Ventures, along with several other strategic investors and continuing participation from Upfront Ventures.

Stem works to collect the revenue from those tracks in disparate platforms and sources it into a sort of escrow. It then pays out the artists based on a previously agreed level of involvement and revenue share. Rabkin said that each artist and collaborator has to sign off on the share. When a track is uploaded, the artist defines those share percentages, and then the revenue is distributed out more quickly than traditionally if it went through the typical channels. Rabkin said users should start getting data within the first 30 to 60 days of publishing.

“A lot of the new tools that have been created in the fintech space have really been focused on the services that have enabled independent small businesses to grow on their own,” Rabkin said. “Artists and creators are no different, the problem is no one’s created tools that cater to them. If you look at Intuit you have Mint, but for an artist with unpredictable income and difficult to track revenue streams [it’s different]. You can plug in your bank account, but Intuit and mint doesn’t plug into iTunes or YouTube or Spotify.”

Another problem Stem is trying to tackle is ensuring that collaborators that may not be able to monetize their content. Some artists — like first-timers — may be releasing content but have to treat it purely as promotional or marketing. Instead of just focusing on making money of touring, Rabkin said Stem will hopefully offer those artists some way of driving revenue right from the get-go.

The data that Stem brings in from all these disparate platforms may also, itself, be valuable. Artists can get information on their listeners and start to zero in on some of their preferences. That might help them tailor their tours or other parts of their marketing. But adding information around revenue streams on top of that adds another layer of data that can signal a much stronger level of engagement than some of the other signals they might have.

“The problem that exists is in the supply chain in the music business, that hasn’t been [solved],” Rabkin said. “There’s new exciting frameworks that have been developed, really great tools to normalize data in relational databases. Those types of tools, they make it really easy to start tackling these problems in a way that wasn’t possible years ago.”

Rabkin said she doesn’t view Stem as competitive with distribution services, as the company is trying to get everything funneled into one place just to sort out who gets paid what. Right now the company has to take over the process, but part of the reason Stem is raising money is to build the tools it has in a way that other distributors can use.

There will likely be plenty of competition in the space. Kobalt, for example, raised $75 million at a $775 million valuation last month. And each of these services — like iTunes or Spotify — may end up simplifying their artist tools down enough that it may not require such complicated background gymnastics to figure out how to get the right people paid. But Rabkin hopes that by building a seamless enough experience Stem will be able to attract a wide artist base that includes Frank Ocean, Childish Gambino, DJ Jazzy Jeff, Anna Wise, Chromatics, and Poolside.