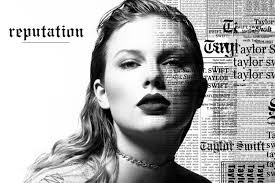 Look What You Made Me Do, which was released at 11.30pm ET on Thursday (August 24), broke the day-one Spotify record – surpassing the 6.87m streams attracted by Ed Sheeran’s Shape Of You in its first 24 hours on the platform in January.

According to Spotify’s public-facing data, LWYMMD pulled in 7.91m streams on the service on Friday (August 25).

However, this only includes streams eligible for Spotify’s charts: to prevent people gaming the system, Spotify puts a cap on the number of plays each individual can log within a 24 hour period.

And sure enough, the Swedish company has now confirmed that, with all plays accounted for, LWYMMD officially surpassed 8m streams on Friday.

One thing that should be noted: Swift may have taken the record for most streams in a track’s opening day, but she hasn’t beaten Shape Of You’s biggest 24 hours.

At its height, the Ed Sheeran track racked up more than 10m streams in a single day.

According to Spotify’s public-facing data (via Kworb), LWYMMD was streamed 5.43m times on its second day on the platform (Saturday, August 26) – down 2.48m on its opening 24 hours.

(To be clear, Sheeran’s second day Spotify tally with Shape Of You was actually higher than his opening day tally: the 6.87m figure is an official Warner figure counting all Spotify streams, while the 6.58m was taken from Spotify’s public-facing charts.)

Swift’s lyric video for Look What You Made Me Do reached over 19m views in its opening 24 hours.

That breaks the all-time high for most views for a lyric video in 24 hours, previously held by The Chainsmokers’ ‘Something Just Like This’ ft. Coldplay (approx 9m views).

It also makes LWYMMD Swift’s biggest ever debut on YouTube, ahead of her previous personal record when Bad Blood racked up 17m views in its opening 24 hours.

And LWYMMD is also giving a very strong showing on that lucrative but perishing format, downloads.

According to Billboard, there were just shy of 200,000 digital sales of LWYMMD on Friday in the US.

All signs point to the track selling half a million in its opening week.

That would make LWYMMD the biggest-selling song in the market since Adele’s Hello, which sold 1.1m copies in its debut week after being released in November 2015.

LWYMMD is the opening single from Taylor Swift’s sixth studio album, Reputation, which is scheduled for release via Big Machine on November 10.