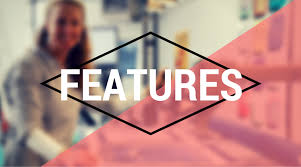 A featured/side Artist is one who is a guest for a master sound recording on a single, E.P or L.P as the case may be.

Featured Artists are put on  songs for different reasons, sometimes it’s because the Main Artist is an upcoming Artist and wants the increased exposure his song can get due to the presence of the featured Artist (who is usually a big A list Artist). Another reason is that the Artist just wants to have a different type of Artist in order to change the original vibe or feel in his song.

Recently on social media there was a rant about how a featured Artist went ahead to perform a part of a song he was featured in, in a concert and the Artist who featured him was furious. I am guessing there was no agreement by the parties on this song.

Again, sometime last year, a well-known recording Artist in Nigeria took to Twitter to say that for music Artists it is mainly about making music and nothing else, until the Lawyers whom he referred to as “Yama-Yama” bring in legal work and administration thereby complicating the whole thing.

This brings to the point where before you feature any Artiste whether upcoming, A, B, C or even Z list Artist you have to have an agreement to that effect. Some would even argue that featuring an Artist is mainly a work for hire and the Featured Artist therefore has no further rights to the song outside of any one-off fee he may have been paid. To stay clear of any legal claims that could bite afterwards you need to do the following:

a. No Record Royalty/No song Rights– the Featured Artist gets paid a one off fee according to the terms agreed between the parties, the sound recording is owned by the Main Artist or his record label who wants the feature. Since the Featured Artist has made some contributions he retains ownership of the part of the song and would receive mechanical royalty for sales of the recording, including digital sales.

b. Record Royalty/Song Rights– here the Featured Artiste is paid a flat fee for his performance with agreement of further recording royalty on actual records sold, including digital sales.

If the Featured Artist made contribution to the music and lyrics in the Song then, unless agreed otherwise, he will retain ownership of and receive mechanical royalty for sales of recording, including digital sales.

c. Recording Royalty/No song Rights– here a flat fee is paid to the featured Artist plus record royalty on sale of records for their services. In the event the Featured Artist writes parts of the recorded song (e.g. his verse and/or chorus) the publishing, performance and any other “song” rights of the Featured Artist on the record are owned by the Main Artist or his record label as a work for hire.

2. SIGN A SONG SPLIT SHEEET: a song split sheet is a document that states who wrote what part/percentage of the song(s) recorded by a band or artist. This agreement will state how much ownership of the song each party has. The split sheet is needed so that when you as an Artist or your label register the song for copyright purpose (e.g. with a collecting society such as COSON) each of the composers of the song can be paid their share of tomatoes accordingly and properly.

Don’t join the band wagon that thinks paper work is what makes the business of music hard.  Build relationships with the Artist’s Manager whose job it is to make sure all business is taken care of. DON’T PLAY YOURSELF INTO THINKING IT IS JUST MUSIC AND THERE IS NO BUSINESS OR LEGAL PART TO IT. MUSIC IS A BUSINESS; EVERY BUSINESS HAS ITS OWN FORMALITIES.